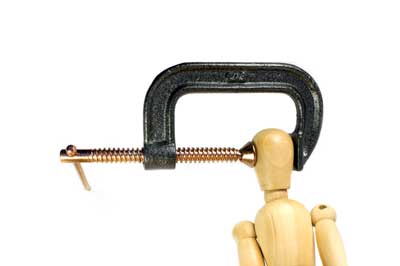 Acupuncture For Migraine. It May Be The Solution For You

One of the most common questions people ask me is if I get good results with acupuncture for migraine headaches. My answer is a resounding YES.

I have found that almost everyone who comes for acupuncture for migraines gets improvement, the majority getting significant improvement or even eliminating them completely. Acupuncture as a treatment option can decrease the migraine frequency, intensity, and most often both in most of the people I see. Even the person who gets less of a change will tell me that having a less intense migraine once or twice a month makes such a difference in the quality of life compared to having one or two bad ones a week.

According to the Mayo Clinic, understanding migraine causes are not certain but trigger factors, genetics and environmental factors appear to play a role. On their website they say “imbalances in brain chemicals – including serotonin, which helps regulate pain in your nervous system – also may be involved. Researchers are still studying the role of serotonin in migraines. Serotonin levels drop during migraine attacks. This may cause your trigeminal nerve to release substances called neuropeptides, which travel to your brain’s outer covering (meninges). The result is migraine pain. Other neurotransmitters play a role in the pain of migraine including calcitonin gene-related peptide (CGRP).” Acupuncture treatments have been shown in many studies to affect the levels of neurotransmitters, neuropeptides and endorphins, including serotonin, which may be why acupuncture treatments tends to provide significant improvement to patients with migraines.

Recently, a teenager who had suffered with chronic migraines since she was 8 years old came in for a series of acupuncture treatments. Her frequency of migraines was 3-4 a week, some more intense than others. She was not getting any relief with other treatments or prescriptions. Her family had heard that acupuncture can be a very beneficial alternative treatment for many types of migraine but they did have some reservations. I told her that traditional acupuncture and medical acupuncture treatment consists of a few acupuncture needles in various parts of the body. Once the needles are inserted there usually isn’t much pain at all, which is one of the most frequently asked questions I get.  She received about 9 treatments in total and has had a complete resolution in her migraines. It has been about 6 months since she was last in and I was talking with her parents the other day. They said she has had only a couple of regular type headaches since and has not had a single migraine. Both her and her parents were extremely happy. It has made a huge difference in the life of a young girl who suffered with migraines for half of her life. They have really helped to raise awareness to the benefits of acupuncture migraine management to healthcare professionals, friends living with migraines and others who may be suffering from headaches and migraines.

Those who suffer with migraine attacks know how debilitating they can be. Whether you get the aura before the migraine, caused by the constriction of blood vessels, or just the headache, caused by the dilation of blood vessels, the pain can be unbearable. Most suffer with sensitivity to light, nausea and vomiting, painful headaches that you can’t escape from and unless you have experienced one for yourself, I don’t think people can truly relate to the extent that they can affect your life unless you are living with migraines. Often, people come for acupuncture after they have tried almost everything else. Most migraine patients have received medical advice, tried drug treatment, chiropractic and massage, some with migraine relief, others without.  Acupuncture is usually one of the last treatment options people pursue, I think it should be one of the first that people try.

I myself was one of those people. Out of the blue, I started to get migraine attacks in my late 20’s. They always started with the precursor aura. The length of time the aura lasted dictated the intensity of the migraine. Under 20 minutes, typical migraine, booming headache, nausea, sensitivity to light. Aura over 20 minutes, massive, squeezed in a vice headache, head under the pillow, lights out, and vomiting. Nothing had worked including the injection prescription of the day, Imitrex. After living with migraines for some time, unable to anything consistent that would trigger migraines and really wanting pain relief, someone suggested to try acupuncture for migraines.  I was willing to try anything that would give me fewer days of head pain or decrease the headache frequency. To my surprise acupuncture worked and worked great. I have not had another acupuncture for migraine treatment since 1995. The interesting thing with me is that I still get an occasional aura however, I do not get any more migraines!!!

Keep up to date by subscribing to our newsletter. Enter your details to receive notifications and news from Healthworks Regina about how our treatments can help you.